՛՛Tookhmanook Human Rights and Education Center՛՛ NGO in cooperation with Freedom of Information Center, with the financial support of the European Union has implemented the sub-grant project “Together for the Right to Quality Education” within the framework of “Informed Armenia”. The purpose of the project is to review the quality of activities envisaged by the government program aimed at preserving the national minorities, national identity and culture in Armenia and ensuring the quality of children's education.

The project team also aimed to study the proportionality of budget allocations and the transparency and cost-effectiveness. The monitoring was conducted in 5 Yezidi villages of Armavir Province: Tandzut, Ferik, Arazap, Yeraskhahun, Artashat.

"We have looked at the educational problems of national minorities. We had begun to consider the education issues of one ethnic minority, but during our meetings it became clear that there was a need to address the issues of the Assyrian community, in addition to the problems of the Yezidi community. Why? Because at the village level there are two major issues that need to be addressed", says project director Mariam Chakhoyan.

Numerous visits were organized to Armavir Province’s 5 villages, Dimitrov village of Ararat Province, cooperated with the educational officials of Ararat marz. Discussions on the existing issues were held with the governor and representatives of local authorities.

"We tried to cooperate with the Province governors, and it turned out very well, the approach of the head was very welcoming. As it also saw problems in some communities, we decided it was worthwhile to address the issue of schools with the largest number of Yezidi children, a group of schools where there is no, for example, an activity group", she mentions..

Instead of the 5 focus group discussions envisaged within the framework of the project, 7 were held, 2 of them in Assyrian and 5 in Yezidi villages. There were also meetings with teachers, parents and students. Within the framework of the project a number of serious problems arising from the absence of native speakers of Assyrian children in the village of Dimitrov, due to the lack of textbooks, were raised. Among the other important issues highlighted within the project are the non-mandatory nature of teaching Yezidi and the scarcity of teachers in groups.

"It was important, and one of the rare cases of Yezidi educational problems being addressed by a non-Yezidi NGO. All the issues that the community has in the field of education have been raised. They have also been addressed to the Ministry of Education, the Education Inspectorate, the Ombudsman's Office, and the Public Council of the PA", notes a representative of the Yezidi community, Zemfira.

She  highlights the need to have impulses from different points on these issues, and considers that one of the impulses was the studies carried out within this project.

"I highlight the cooperation with the NGO and also highlight the fact that the NGO not only speaks about the rights of Armenian children, but also children of minorities such as Yezidi, Assyrian communities. And it is very important that we are not ignored", she says.

As a result of the research carried out within the framework of the project, it was found out that the lack of pre-school institutions in some communities is a serious obstacle to the provision of quality education for Yezidi children. The low interest in education within the community, the problem of early marriage for girls is not addressed by the state on the grounds that it is a matter of community customs and traditions and that the state is unable to intervene.

However, during the meetings organized within the framework of the project, representatives of the state agencies asserted that these issues need to be addressed. An agreement was reached to work together to resolve them in the near future. The biggest achievement of the sub-grant project was that the responsible departments, including the deputies, showed great interest in the problems of national minorities, expressing a desire to solve them jointly. 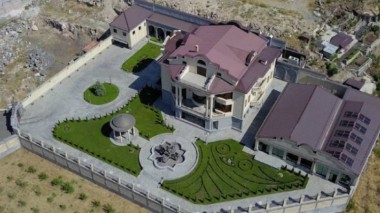 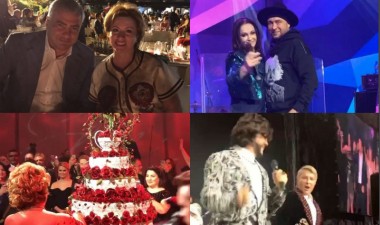